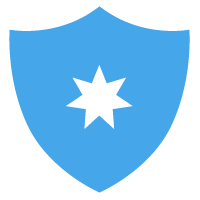 Please wait until we setup you team for you...
Close
News

Our Under 18 boys team went to Redbridge to compete in Division 5 of the LTA County Cup in February, looking to bounce back after relegation last year. We started against Cornwall on Day 1 and it was all over before the doubles had started. We won all 6 singles rubbers, including 5 in straight sets. This form continued into the doubles, after two more wins, a match tiebreak was all that stood between us and a comprehensive 9-0 victory. Nicholas and Krishan dominated the tiebreak 10-3 and we had laid down a strong marker to the other teams.

It would be hard to follow that up on Day 2 against Northamptonshire, but we weren't far off! Oliver, Callum, Nicholas and Ethan all won their second game in a row, and Daniel G won his first singles rubber of the weekend. Despite dropping one rubber (in a tight third set!) we had sealed the win again before the doubles. Daniel N made his doubles debut and helped get a clean sweep of all 3 rubbers, leaving us one win away from promotion.

And the boys left no doubt about who the champions of group 5 were, with another 9-0 win against Bedfordshire! Incredibly they won 26 out of 27 rubbers over the weekend and back to back promotions will be a real possibility next year. Congratulations to the team and thanks to the captains and parents for your support!!

Are you sure you want to delete this news article?
Delete
List of news

You can always reach out to us at [email protected]

's Teamer account has an email address, but the email on file was not included when was added to your team.

When verifies this team membership the email address will become visible. Don't worry, in the meantime will still receive email notifications.

's Teamer account has a phone number, but the number on file was not included when was added to your team.

When verifies this team membership the phone number will become visible. Don't worry, in the meantime will still receive phone notifications.

Importing from another team

Select a team to import from
Import

Importing from a spreadsheet


2 Use the same format

Fill it in with your member's details, save it as a .csv file and click the blue button below when ready!
Cancel OK, I'm ready to upload

TEAMER is a part of the Pitchero Group

We've set up some handy tips to help you along the way. Each page has a neat walkthrough tutorial that will guide you in the process.

Available on Desktop, Android and iPhone